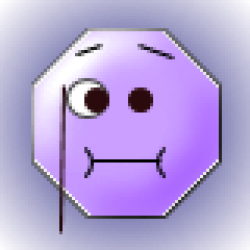 
In an economy teetering toward a recession with a stock market that’s plummeted, it’s more important than ever to find safe investments. Savings accounts and certificates of deposit, while safe, haven’t been a particularly attractive place to park your money in recent years. That’s changing now.

Interest rates on CDs have been scant over the last few years, but they’re rising again, as the Federal Reserve continues increasing the federal funds rate in an attempt to bring down inflation. While interest rates on 5-year CDs barely scraped 1% over the last decade, they’re now surpassing 3% at some banks, including Synchrony.

Synchrony is an online-only bank without physical branches with above-average CD rates. It only offers credit cards and savings products, including savings accounts and CDs, but not checking accounts. Without physical branches to manage, Synchrony, like other fully online banks, saves on overhead costs and passes savings along to customers, in the form of higher interest rates on savings accounts and CDs.

CDs are safe, low-risk investments — as long as you are OK with parting with your money for the duration of the term. With a CD, you’ll earn fixed interest, which means you know exactly how much money you’ll earn for a given period of time. The catch is that you’ll pay a penalty if you withdraw your money before the term ends.

Here’s a breakdown of Synchrony’s CD offerings, and how they compare to the competition.

Note: The CD rates provided were collected from the issuing organizations‘ websites and are valid as of July 11, 2022.

Synchrony mostly offers traditional CDs, which earn a set interest rate for the CD term and charge a penalty for withdrawing early. Here are Synchrony’s current CD terms and rates:

How much can you earn with a Synchrony CD?

Since CDs are safer investments with guaranteed interest rates, you can earn more in interest than you would with a traditional savings account. Synchrony offers competitive APYs on its CDs, ranging from 0.80% APY for a three-month CD to 3.10% APY for a 5-year CD, with interest compounding daily (offering you a little extra money than CDs that compound monthly or yearly). That places Synchrony in the upper-tier of the competition when it comes to CD rates, with many other online-only banks also surpassing the 3% APY threshold.

Penalties for early withdrawal at Synchrony

Like other banks, Synchrony charges a fee for withdrawing money from your CD before it’s reached maturity (i.e., the final day of the CD’s term). The fee will be applied to the amount of money you withdraw, meaning how much you pay will depend on how much you take out and what your current interest rate is.

How Synchrony CD rates compare to other banks

Synchrony has above-average CD rates right now, offering a max of 3.10% APY on a 5-year CD.

In contrast, national banks with physical branches are offering CDs with very low APYs. For example, both Chase and Bank of America offer a maximum APY of 0.05% on their CDs. That’s a stark contrast to online-only banks, which are currently offering rates upwards of 3% APY for a 5-year term.

But online-only banks aren’t the only ones offering attractive CD rates, as many credit unions and state-chartered banks, like Pentagon Federal Credit Union and First Internet Bank of Indiana are also offering CDs with APYs surpassing 3% for 5-year CDs.

A certificate of deposit is a type of savings account that pays you fixed interest when you deposit money for a set period of time, called the term. A CD’s term could be as short as one to three months and typically goes up to five years (though there are a few longer-term CDs out there).

The interest you’ll earn with a CD is listed as your annual percentage yield, which measures how much compound interest your money will earn over the course of the year (interest on CDs usually compounded daily or monthly). With compound interest, you’ll earn interest on not only the money you deposited into the CD (the principal), but also on any interest that accumulates. The more often interest compounds, the more money you’ll earn over time. So, a CD that compounds daily would earn you a little more money than a CD that compounds weekly at the same rate.

What is the penalty for withdrawing early from a CD?

Most banks offer early-withdrawal penalties, but the exact penalty depends on the bank. Many banks, like Synchrony, will calculate a penalty as a number of days‘ simple interest at the current interest rate. That will be deducted when you withdraw money from the CD. Thus, the amount you pay in these circumstances depends on the length of the CD term and the amount of money you’re withdrawing (i.e., a longer CD term will typically have a greater penalty). Other banks may simply deduct from the interest you’ve earned, deducting anywhere from 90 days to one year of interest.

There aren’t caps on how much of a penalty banks can charge for withdrawing early. Thus, it’s a good idea to read the fine print before investing in a CD, especially if you think you may withdraw money before the CD matures. If you’ll need the money before the term ends, a high-yield savings account may be the better option. You’ll earn slightly less interest but have direct access to your savings without penalty.

Should you put your money in a CD?

CDs are more stable investments that offer guaranteed growth.They are a good savings option if you don’t need to touch your money right away, and want to earn a guaranteed interest rate. If you’re looking for a longer-term, safer savings option, you might consider an I bond — secure government-backed investments sold directly to the public — which right now earns 9.62% APY and allows you to withdraw your money penalty-free after five years (and you can leave your money in there for up to 30 years).

Those looking to grow their money even more may be less enthusiastic about the safe and stable gains from CDs. While it’s possible to earn more through the stock market or other investment strategies, the stock market is much higher risk — and in the current bear market, it isn’t the safest place to invest right now.

Are there no-penalty CDs?

A no-penalty CD lets you withdraw your money before the term is up. The benefit of being able to withdraw early without penalty is certainly attractive, but, depending on the bank, this also means you might be earning a lower APY. This isn’t the case with all banks, though, so it’s important to understand your options in the market. If you think you’ll need money out of your CD before it matures, consider going with a no-penalty CD.